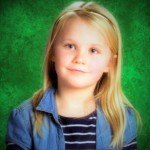 Sometimes wisdom comes brightly, without fanfare or public announcement, from the smallest and sweetest among us.

How do you explain what is behind the federal holiday we now know as Martin Luther King day to a five-year-old? That was the dilemma facing my daughter, Kristi, when her then kindergarten-aged daughter, Liberty (whom we usually call Libby), wanted to know what it was all about. Although signed into law in 1983 by President Ronald Reagan, the reasons behind why we celebrate MLK Day are much older and infinitely more complicated.

But how do you explain the horrors of slavery, and its evil tendrils of racism, to a tenderhearted child? Kristi did her best by giving Libby a brief history lesson about the shameful era when slavery was legal and, sadly, practiced by many in this country. She explained that, even though the Civil War ended slavery as an institution, many of the attitudes and actions that made one group of people with one color of skin think they were better than those with a different color of skin, still existed. And this kind of thinking (called racism) led to actions which hurt many people, including many little black children, who were denied the rights that everyone in this country should expect to enjoy.

Kristi explained, in simpler terms, Dr. Martin Luther King’s dream that little children would ‘one day live in a nation where they would not be judged by the color of their skin but the content of their character’…that all kids, black and white would be able to join hands as sisters and brothers.

Then, it happened. Libby, with her wheat-blonde hair and big blue eyes, looked up at her mommy and asked the question in all sincerity.

To this child whose empathetic heart felt pain for other kids being hurt by racism, it was not about ‘us’ and ‘them,’ but ‘we.’ When one person, or group of people, are denied the benefits of civil freedoms and human dignity, we all are shackled and shamed.