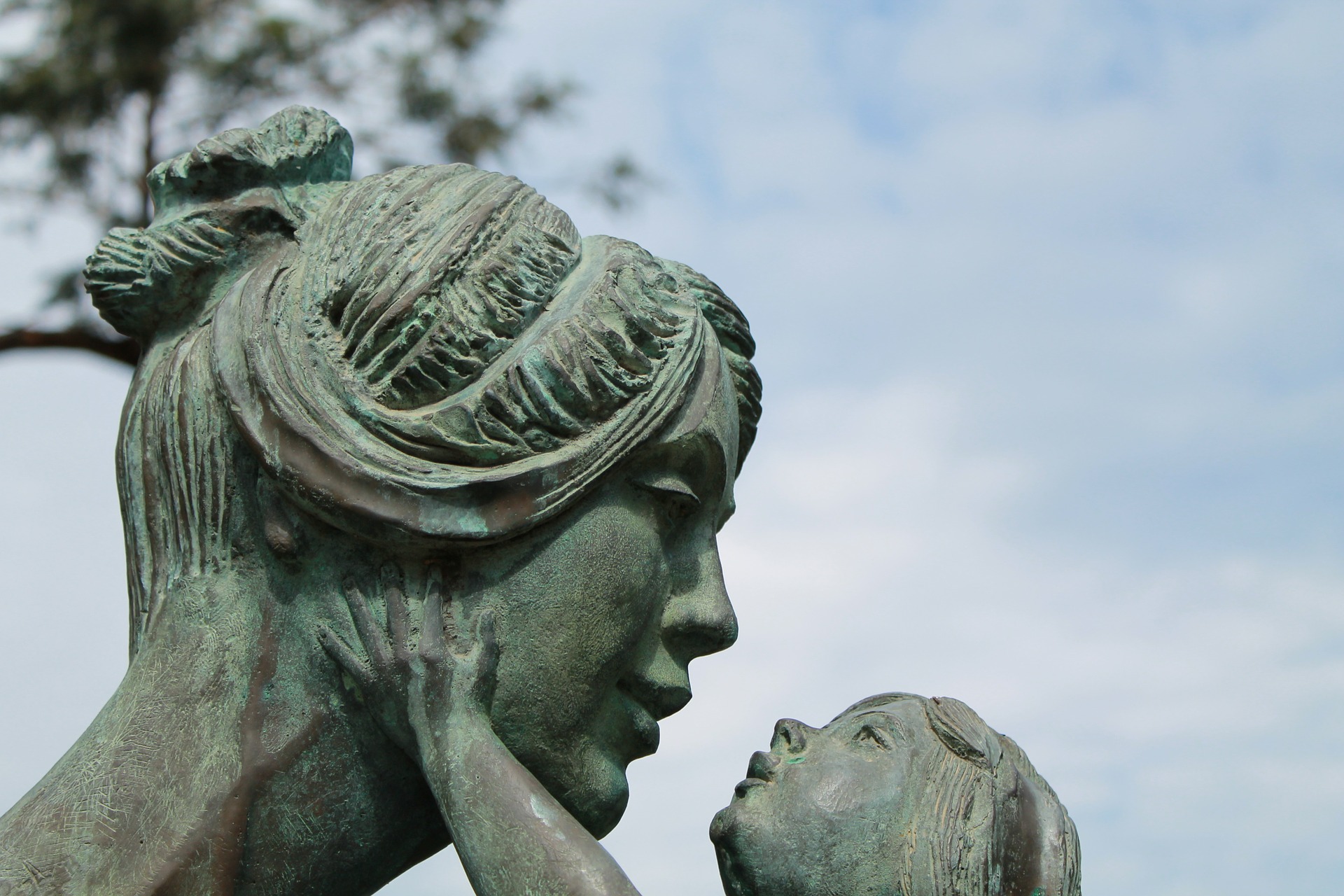 Motherhood, it seems, is one long series of lessons held in the often chaotic classroom of daily living.  Children are not the only learners in this equation–and there are no summer breaks. New moms are often baffled about why their little bundle of joy won’t stop crying in the middle of the night. Moms of toddlers are challenged to learn all they can about potty training and strong-willed two-year-olds whose favorite word is no. They have a whole new curriculum to master once their youngsters start school. Lessons in the teen years are often bewildering and sometimes painful.  As her offspring grow and learn through the passing years, so does a wise mother. 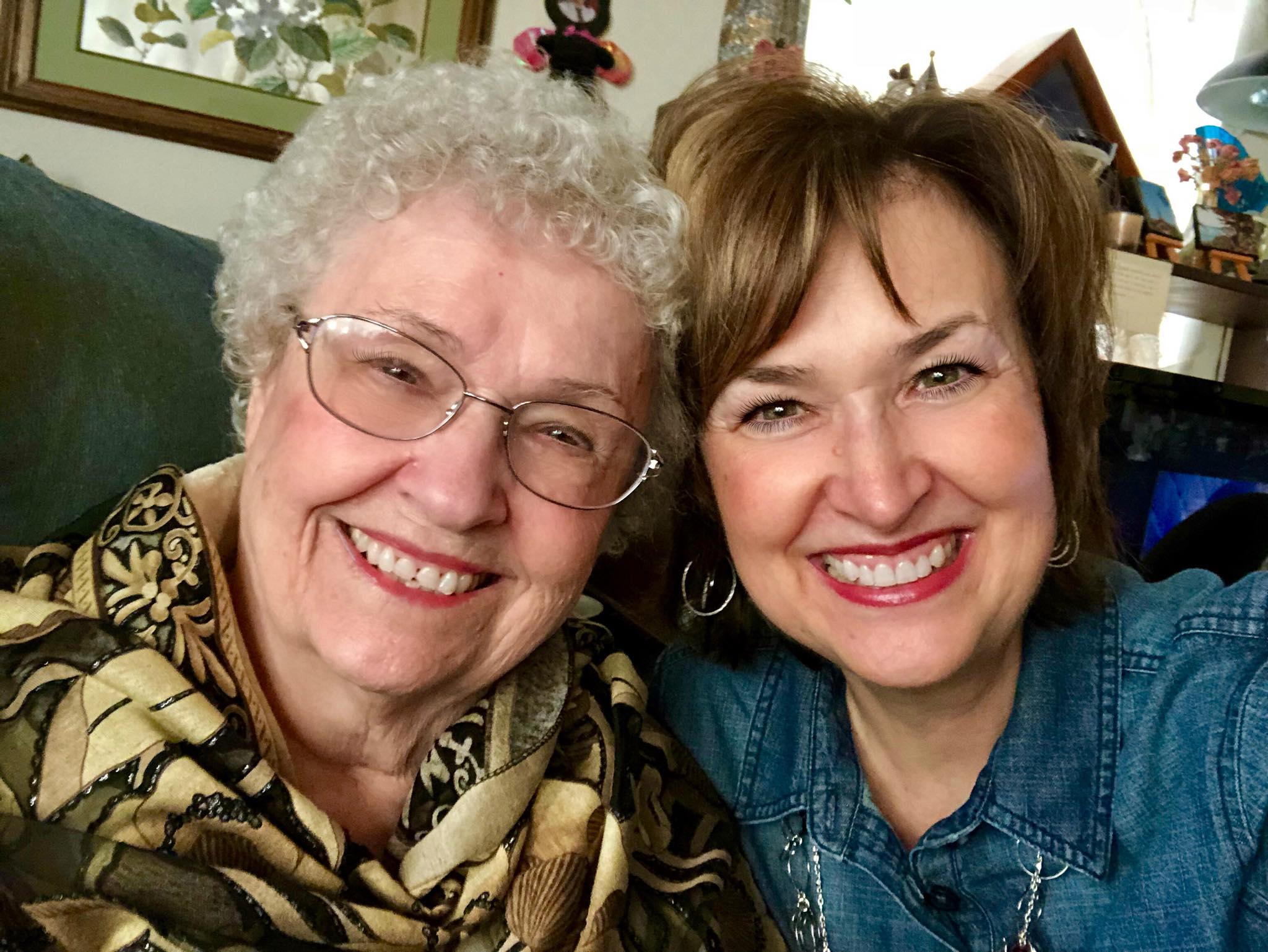 My education about what it takes to be a good mom started very early at the knee of my own intelligent, creative, and loving mother, Louise Lankford-Dunlap.  As she cared for my physical needs, she also nurtured my spirit in the ways of Jesus. Some of the most powerful imprints of my growing up years are the memories I have of Mother poring over the Scriptures. There was a light of joy in her eyes as she talked with me about what she was learning.

I also observed that she constantly looked for practical ways to live out God’s truth as she compassionately ministered to her family and those around her. (By the way, she’s in her eighties now and though her body has been weakened by age and illness, her spirit is still strong and vibrant…she continues to love everyone God puts in her path!)

It seems natural, then, that I would emulate my mother by looking to the Bible for help in being the wise, godly parent I so long to be–a journey I’m still on, even though my own kids are now adults.  The motherhood lessons there are rich and varied.  And not all of them are so obvious on the surface.

As Mother’s Day approaches, I’ve been thinking about some of the more unusual motherhood lessons 21st century women can learn from these ancient mommas. Here are three that stand out:

There may not ever be a perfect time for bringing kids into the world but some seasons and some settings are more challenging than others. Exodus 2:1-10 tells the story of Jochabed who had a baby in the wrong place and at the worst of times—or so it seemed—when infanticide of male Hebrew babies was the law of the land.  There must have been much angst, many sobs of worry, and countless sleepless nights behind those ten verses that tell this mom’s story.

But there is great hope, too. Jochabed’s story reminds us that you don’t have to have perfect conditions, or even impeccable people in the equation, to raise outstanding children whose lives will count for God’s purposes.

Another lesson we can learn from her is that it’s okay to have others help when things are desperate. There had to be a big element of trust in God as Jochabed released the just-weaned little boy back to Pharaoh’s daughter to be raised as his son.  This pagan woman even gave him the name he would be known by all his life and throughout history: Moses.  Yet, even in the extended household of the cruel ruler whose edict almost snuffed out his life, God was at work, shaping her son’s destiny. Time would show Jehovah’s faithfulness and Jochabed would have reason to rejoice again.

One of the most heartbreaking and grizzly stories of motherhood is told in 2 Samuel 21. Rizpah was a grieving mother whose two sons had been hung as retribution for what their father, King Saul, had done to the Gibeonites. They weren’t even given the dignity of a burial but were left to hang in disgrace, exposed to the elements and the wild beasts. Where others had abandoned her sons, however, Rizpah would not. She camped beside them on a rock, scaring off the scavenging birds and beasts, until King David heard about her courage and granted her sons a burial.

Thankfully we have the New Testament counterpart to this story. Another grieving mom was walking alongside the bier carrying the body of her beloved son. She had a company of mourners with her but, as a widow, she knew that endless sorrow would be her sole companion for the long haul. Her only child was dead; that was that. But Jesus, the comforter of the broken-hearted, and the Champion of hopeless causes, approached her grief. He was not put off by her wailing, soul-wrenching cries. He stepped in and gave her back her son.

Many moms today are keeping their own vigil over children who have left the faith and seem to have no spiritual life left in them.  From Rizpah we can learn that dishonor can be turned to honor for our kids—that it’s never too late to fight for those we love, even when others see them as beyond hope because of the mortal wounds they have incurred through wrong choices that lead to spiritual lifelessness. There is no addiction to drugs or alcohol, no lifestyle deviancy, no funeral of their faith that is beyond the One who stopped a funeral and gave a mom her son back, healthy and whole. 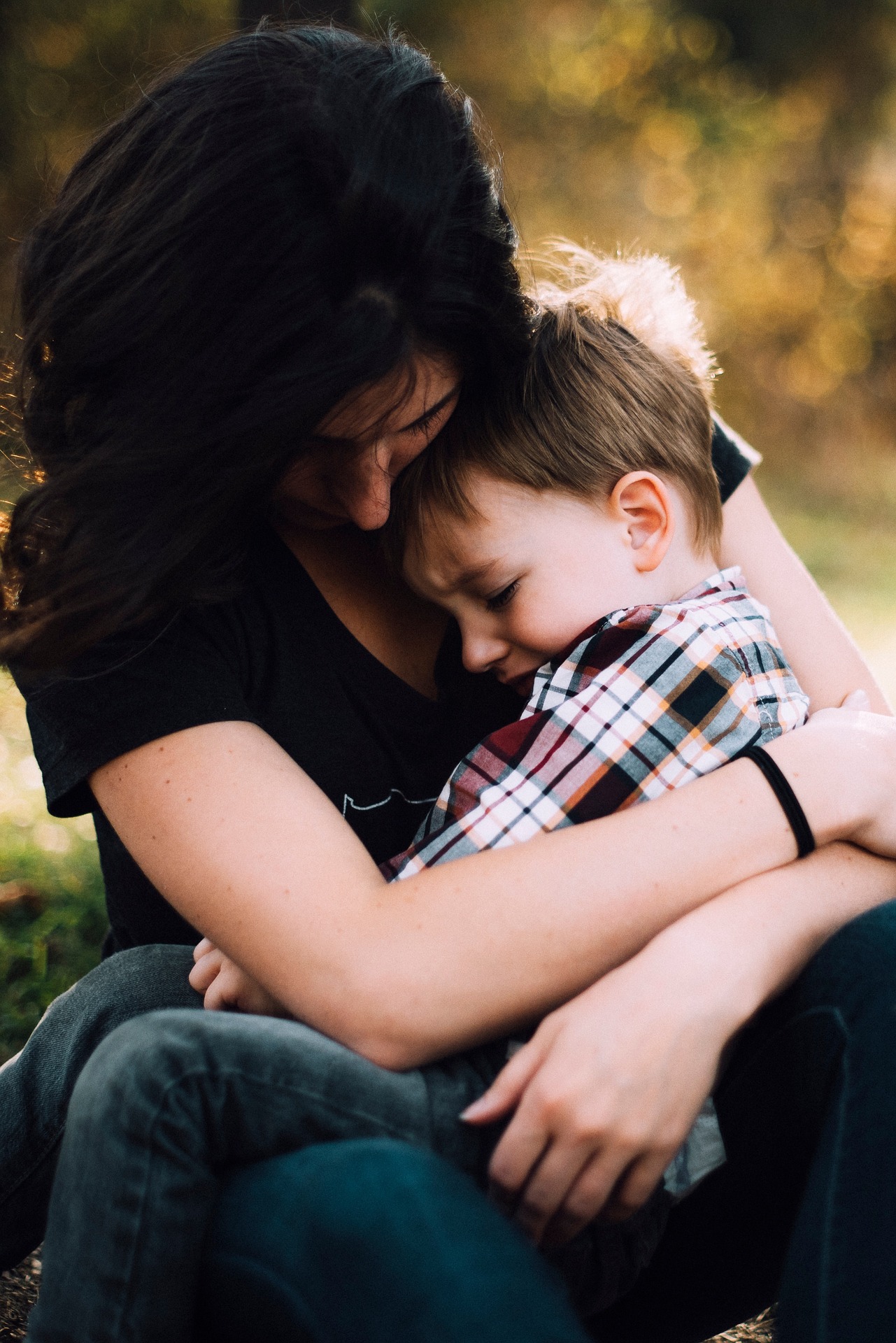 Scripture doesn’t tell us her name (some think it was Salome); we just know her as the mother of James and John.  Many of us can relate to being known as “the mom of…” and we wear that description with joy. But even with our finest motherly intentions, we don’t always know what’s best for our kids.

This mom, whose story is told in Matthew 20:20-28, thought she was doing the right thing.  And she certainly was going to the right person. After all, she’d watched (with rising hope in her heart) the affect Jesus was having on her sons. Beyond that, there was talk that this Galilean was actually the Messiah, the long-awaited One, who would overthrow Roman oppression and establish a new kingdom.  It seemed to this mom that her sons were poised to be in the upper echelons of a new ruling party.  But she wanted even more for her boys—what mother doesn’t? She wanted them to flank Jesus…co-number twos in the hierarchy of this new kingdom.

Moms who want good things for their offspring can be brazen and pushy. We will ask for privileges for our kids we would never think of asking for ourselves. We want the best for them and so we go to Jesus with our requests.  Nothing wrong with that.

The trouble is, we don’t know what ‘best’ looks like for their lives.  We ask for favor, and they don’t make the team. We ask for them to be well-liked by their peers and they struggle to make a good friend.  We ask for learning to be easy and they can’t seem to grasp the concepts so obvious to others. We plead for good health and safety and they experience the bumps and bruises of a fallen, and therefore unsafe, world.  At times it makes us wonder, “Jesus, do you really love my kids as much as everyone says you do? It sure doesn’t look that way today.”

But from the mother of James and John and her exchange with Jesus, we learn this: we don’t always know what is best, or what to ask for on their behalf. But it’s still okay to come and ask. Jesus will sort it out, straighten us out, and bring the Father’s best to pass in their lives. He really does have their best interest at heart.

As this biblical mom would soon see, Jesus would go to the cross for her boys, and would appear to them afterward as their resurrected Lord. He would send them to the upper room, fill them with the Holy Spirit, and send them out on a lifelong adventure of ministry that would transform the world.  They would watch hearts change and bodies be healed.  And they would have the courage to die valiantly with faith still blazing in their hearts. They never did get those prime seats on either side of Jesus that mom had asked for–but they got so much more. They got best.

From these three mothers in the Bible, twenty-first century moms can learn lessons that sustain us in our hardest motherhood struggles. We can have hope that God is at work in our children’s lives, even when conditions are not ideal…that He hears our anguished cries and brings new life when things seem most hopeless…that He knows what’s best for these who are most precious to us and will bring it to pass in His time.  What more could any mother want? 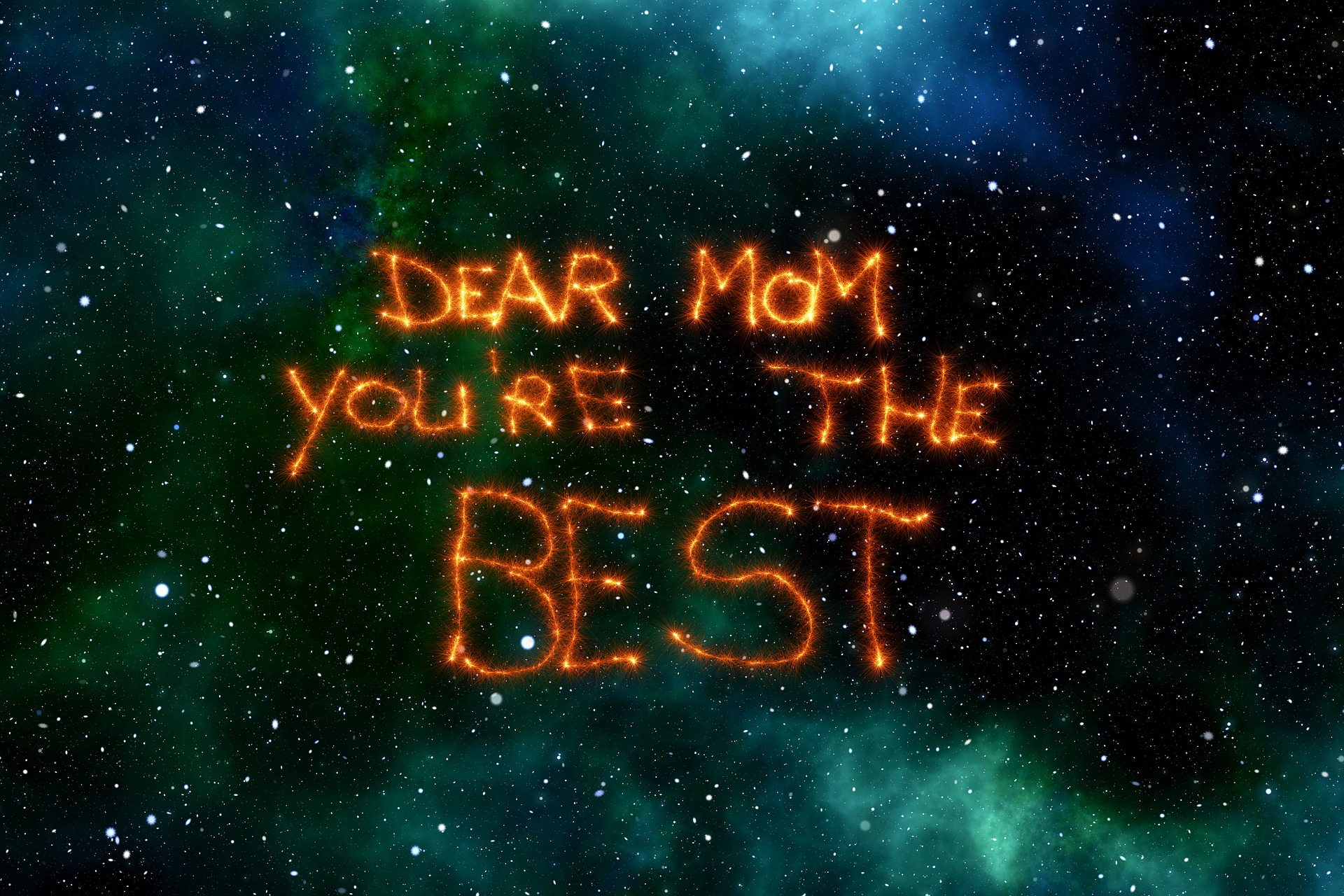